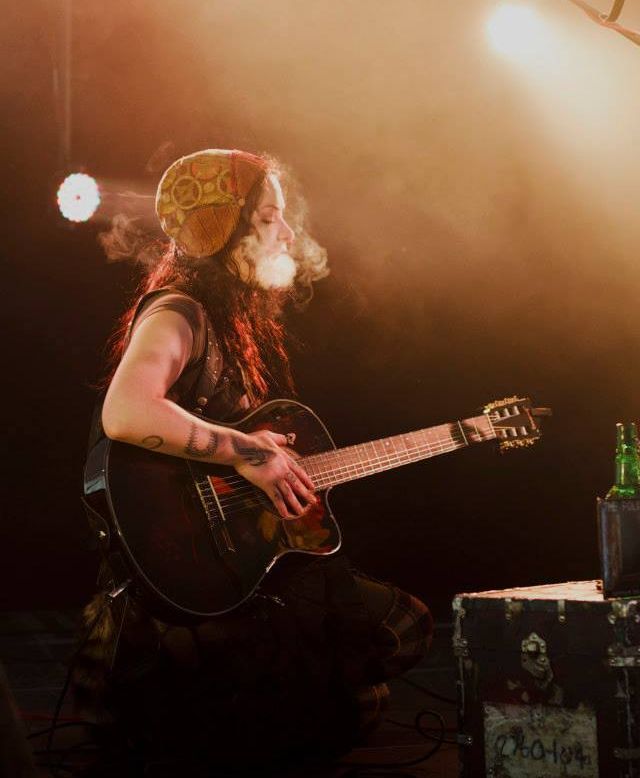 An Evening with Holly Brewer at Stone Church

Returning for her second Brattleboro performance, Holly Brewer weaves nets to catch dreams while wrapping the audience in memories of simpler times using the full range voice and anything that will produce sound to procure the medicine of time travel.

Award winning Vocalist and Songwriter, Holly Brewer has performed in 42 of 50 United States as well as Cuba, Iraq, Italy Greece and South Afrika touring heavily with her bands The Folks Below, Crow Calls Fox and HUMANWINE.

“Holly Brewer, (HUMANWINE, The Folks Below) the iconoclastic gregarious tribal-tattooed ethereal singer/songwriter, has one of those voices descended from the heavens in the company of Lisa Gerrard, Elizabeth Fraser and Bjork.” – Oedipus

Holly Brewer has been singing since she was 2 and remembers getting her hands on piano in the family barn, at age 5. Brewer started playing piano regularly and writing songs at the age of 10 and by the age of 16 she held her first guitar. The rest is herstory.